User understanding and simplicity is the key to succeed in Philippine

User understanding and simplicity is the key to succeed in Philippine 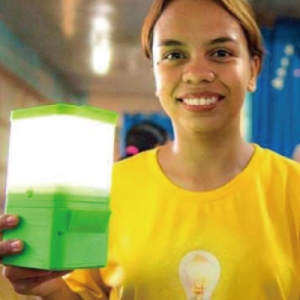 FROM old days, light was considered as important component of life for humanity, as it has extended the ability of our life through out the history of humanity. However, even after the shift in use of electricity as a source of the light during 1870s, there are still 1.4 billion people in the world who may not have the access to sufficient electricity. There is one rising star startup from Philippine called “SALt” who may become the game changer for energy problem in areas without electricity.

The nightmare of the kerosene lamp

TWO years old Filipino startup “SALt” has successfully launched its prototype of their first product for field testing. A lamp that can generate electricity from just using salt water or sea water. Around 400 houses in the remotes islands of Philippine is under their support right now from their lamp. Many of the people living in these remote islands of Philippine is currently using kerosene lamp which is a huge burden for local people as it takes hours of travel to obtain kerosene although the lamp only last for 2 days. In addition to this, kerosene lamps may cause secondary problems such as lung disease. Aisa Mijeno the Founder of SALt came across this problem when she visited the tribal people in the northern area of Philippine and made her decision to start this project.

THE important thing about this lamp is that it is simple to use for the user. Until now people from these areas have been using a kerosene lamps for decades and pouring of kerosene has become a part of their life. Aisa thought, by making a lamp that requires to pour salt water instead of kerosene, then it will be widely accepted. On the other hand, the technology itself already existed. Aisa told us “It is not a cutting edge technology, we use battery system called Metal Air Battery and it existed from 1980s. There are many existing products that are similar to us but what we innovated was to work on the longevity of the battery to last for 6 months. Just like using normal battery!”. Now that they have technically proven that it works, they are in the next phase to distribute their product to the people.

As their current product is 35 USD, this is too expensive for the people in Philippines. They are now thinking about the development for mass production to reduce the price and business model to realize the distribution in sustainable way so their product can be distributed towards people who needs it.

Salt water lamp is only our first step

“We addressed towards the real pain point of the people.”. Aisa and her brother Raphael who is a Co-Founder of SALt shared about their view on important point for startup to succeed. Their view is that being able to find the question you want to solve by understanding about the social issues that lies in the society is the important thing for their succession. As their aim is to solve the energy problem in the Philippines, their path continues even after this salt water lamp project.

Team SALt will be visiting Japan next March to attend the Leave a Nest’s event “Real Tech Venture of the year” and they are excited to meet researchers and people from the industry to share their ideas on their project. If you see them next March do pop in to chat with them as understanding of the situation in the other parts of the world and your technology or knowhow may become the starting point of a new research or new business to solve the problems in the remote areas in the world.

SALt’s salt water lamp. It can produce around 90 lumens and not only as a lamp but its USB port allows the charging of mobile phone too.